I am so exited to share this finish this week. It is my son’s first sewing project.

Don’t you love it when your child takes an interest in what you do? My son and I have always done art/craft projects together. Since I have taken up sewing, and he has gotten older (just turned 7), we don’t do as many projects together. Last weekend, he asked to have a go on my sewing machine….I think he likes the buttons on my new Janome.

We decided to make an iPad stand for his teacher. He did a great job and it turned out great and there was no need for the seam ripper (quick’n’pick).  His new 2nd Grade teacher loves it, and uses it in his classroom every day. 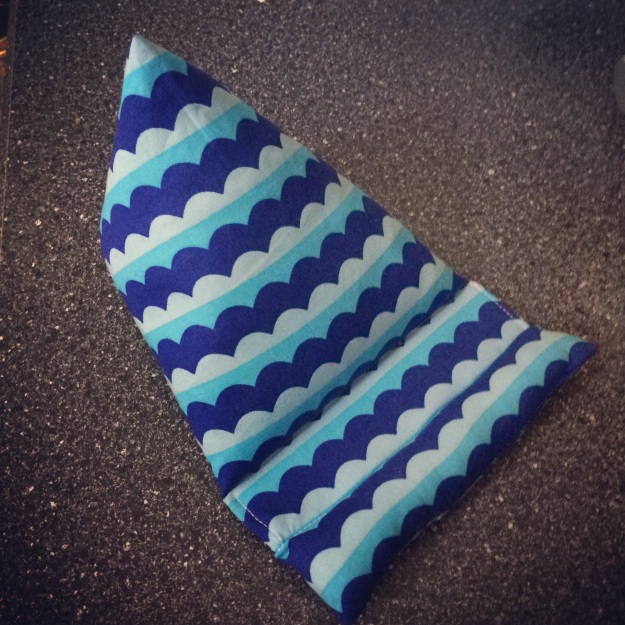 Surprisingly enough, he even helped again tonight, with a couple of my blocks for a current project. I will admit, I was a little nervous with this request, but it all turned out great. In a few years, maybe he will will be a part of NGAQB!!

Linking up with Amanda Jean  @ Crazy Mom Quilts for Finish it up Friday.

Last night at 8pm, I realized I needed to come up with 3 teacher appreciation gifts. I went to the good old trusty iPhone/iPad/E-reader stand (tutorial can be found here). Low and behold 60 minutes later, they were done. Woohoo!! 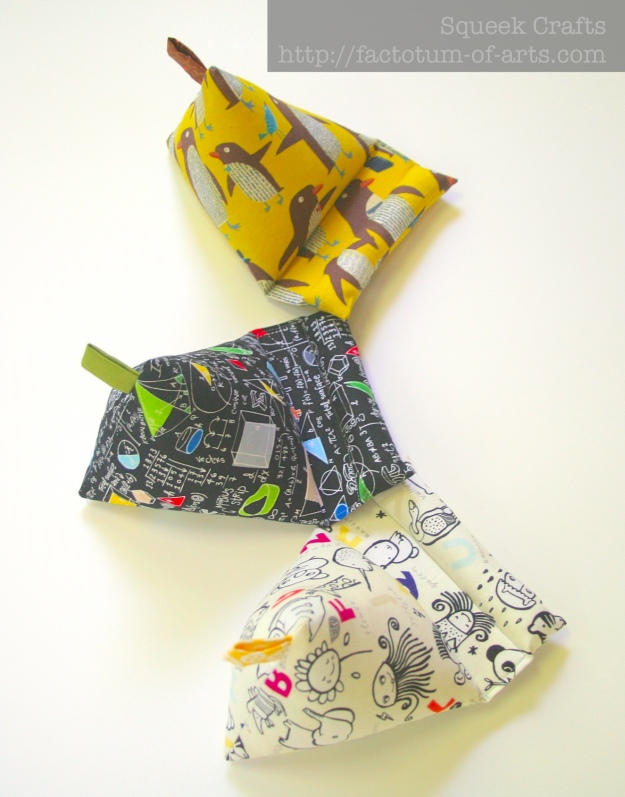 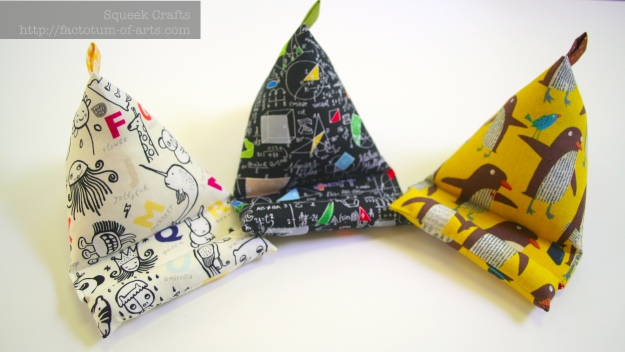 Linking up with Amanda Jean @ Crazy Mom Quilts for Finish it up Friday.

A while back, I was playing around with designing a block based on this Samoan Tapa cloth (image from island style.net.au) :

I used the star pattern on the top right/bottom left and came up with two paper piecing pattern designs.  The first one of the blocks which just used solids for the outer shapes is complete. I used the monochromatic green look, and the Architextures fabric that I had in the original design. The design, I recently realized, was similar to the secondary pattern that a Kaleidoscope block makes. 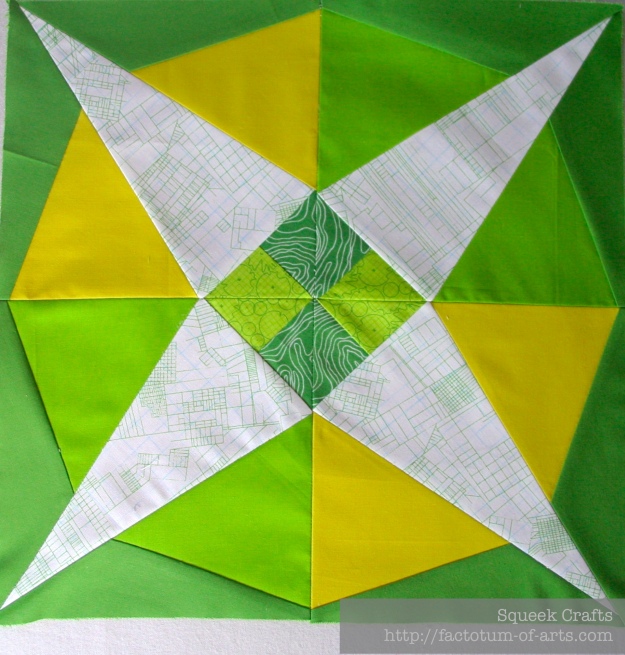 The second block is underway, which interprets the stripy appeareance of the original Tapa Cloth. I will try to update this post tomorrow with the finished block so you can see it, as it is a little more work.

If you are interested in testing out the paper piecing patterns, let me know. There will be two patterns both blocks are 15 x 15″ (finished).

I also finished up two more iPad/iPhone/e-Reader Stands, that I will be putting in my Etsy store later today. I love these two, the gray one is Riley Blake’s Zombie Apocalypse Fabric + the blue one is a Spoonflower print that has a Doctor Who theme.

Is anyone interested in either doing a link-up at the end of the month or a swap on flickr for these stands? I have had a lot of interest in the tutorial and thought it would be great to either make one as a group or do a swap.  What do you think?  Which one would you prefer?

Linking up with Amanda Jean @ Crazy Mom Quilts for the first Finish it up Friday of 2014!! And linking up to Kelly @ Quilt Infatuation for Needles and Threads Thursday.

Michelle is a self-taught designer, quilter and enjoys teaching. She lives in North Carolina with her husband and son.

You may re-post or share any content, photos or designs from this blog but please credit and link back to the original content. All designs, content and photos are copyright of Michelle Wilkie unless otherwise noted.